‘She had a strange feeling in the pit of her stomach, like when you’re swimming and you want to put your feet down on something solid, but the water’s deeper than you think and there’s nothing there’
– Julia Gregson, East of the Sun‘

This was originally posted on the Smutathon site during our hectic 12 hour writing marathon on September 28th that has so far raised over $3000 for the National Network of Abortion Funds. Do head over to Smutathon.com to see what else was written and find out more about this amazing annual challenge!

And here is it again, in case you missed it before…

The smell of chlorine will always take me back there. It’s the real smell of summer in the city, better than the smell of smog and decay and dirt that clung to the streets. Chlorine is the smell of my summer in the city, reminding me of days by the lido when I swam so much my blonde hair turned green and my bikini faded to nothing. Rising early to avoid the queues then staying late to avoid, well, everything else, weeks would melt away under the sun and in the pool.

I’d float, watching the other bathers, and imagine what might have brought them here. Strangers laying their towels next to each other, stripping off their clothes to reveal skimpy swimwear before lubing up with sun cream and burning with unrequited lust for each other under the summer sun. Missed glances, apologetic almost touches, shifts on the towel to bring their bodies that little bit closer; the signs were all there if you looked close enough.

And there were the couples blatantly caressing each other in public under the guise of good sun protection, hands running over every inch of exposed skin to rub the cream in deep. Perhaps a finger slipping under a bikini strap or under a waistband, all to ensure even coverage of course. It would be easier to cream her back if he were to sit astride her, I thought. No one would mind. No one would notice.

Because no one noticed me as I swam. I could stare right at them but everyone was too dazzled by the sun to really see. I was free to create filthy stories to feed the throbbing between my legs, a throbbing that became harder to ignore as the day progressed.

I decided the lifeguard was fucking the cafe girl. He was too slick and tanned and arrogant not to be fucking someone, and she was so sweet and wholesome in her apron that he could never resist her. I imagined her signalling to him that she was going on her break – that must be why he oh so casually abandons his post most days around the same time. I imagined them meeting in a back room, him sweaty and salty from a day in the sun and her smelling of coffee and cake. He’d push aside her apron, lift her skirt and taste her – in my imagination, she doesn’t wear underwear so I catch my breath in anticipation every time she bends to pick up a dropped spoon. Then they’d fuck and he’d go back to his lifeguard chair with his cock covered in her come. I’d smile knowingly at him but he never acknowledged me.

By the end of the day, my body would ache for release and I’d sit on the long bus ride home, swimming bag covering my lap, hand in my knickers, riding the vibrations of the old Diesel engine and reliving all I’d seen…

You can still donate to the Smutathon fund by clicking here… 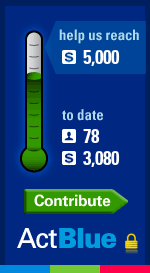