‘Sometimes strands spend a long time seeking each other, fumbling without light, and interweave without knowing that it is exactly what the web wants.’
– Emmi Itäranta, Kudottujen kujien kaupunki 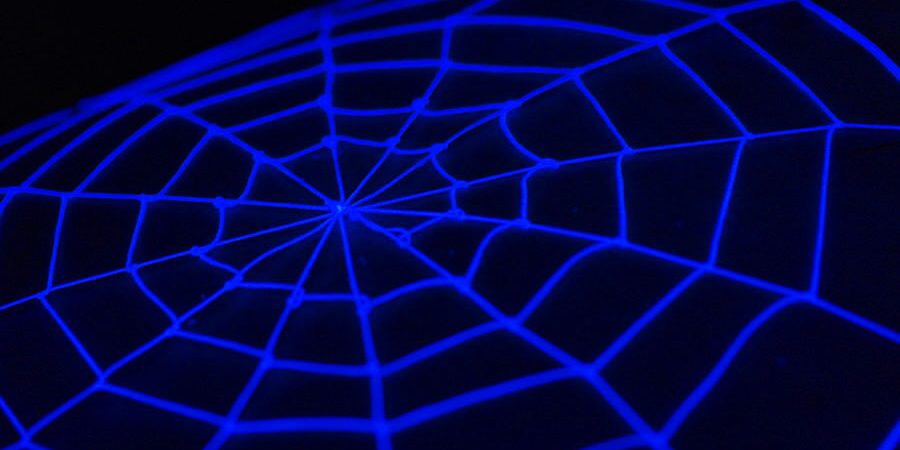 This was Elena’s favourite time of year. She could, of course, weave her webs whenever she wanted but she was just more successful as the evenings drew in and people were more likely to crowd inside. Cupid, her opposite number, thrived at the other side of the year, delighting like a child in the promise of blooming flowers and prancing lambs. Nauseating.

They were often described as opposite sides of the same coin but Elena resented her connection to Cupid. His chubby cheeks and relentless optimism were frankly impossible to be around for more than a moment, and their attitudes to their work could hardly been more different. Cupid fired his arrows at couples to inspire lasting love and passion; Elena wove complex webs of need and lust. Cupid counted his successes in long term partnerships but Elena knew that the strength of her silks lay in their pull, not their connection. Spider webs can be dismantled with a casual swipe of the hand but the threads that made them cannot be so easily destroyed or forgotten.

And so it was that as Halloween approached, Elena wrapped herself up in her long velvet cloak and set out to work. She purposefully chose a bar that seemed to be hosting a Halloween party. Surrounding herself in the crowds of vampires, witches and various dead celebrities, Elena could see so many chances on which to hang her wicked web. A casual glance or accidental touch could be all that was needed, and these opportunities were everywhere. She had rarely been happier!

Standing next to what she presumed was a sexy mouse, Elena spun a bright shining thread around the mouse’s wrist. She was the perfect start – young, flirtatious and her costume of grey corset, mini skirt, pink ears and tail meant she was nearly naked already. This mouse was also strong and confident, and she could clearly handle herself in this volatile crowd. The glow of Elena’s thread around her wrist was already drawing subconscious attention as the mouse pulled her hands through her hair or raised a glass to her lips.

On a whim, Elena next wrapped the web to enclose a nervous looking werewolf. Tugging them closer, the werewolf fell against the mouse, knocking her drink out of her hand. Anger was a much more powerful spark than happiness after all! Leaving the werewolf to stutter an apology and buy the mouse another cocktail, all the while trying to ignore the pulses of desire throbbing through him along the firey thread between them, Elena looped in a tall vampire and a witch. The two of them were already standing very close, already jumping at each other’s touch, and the wisps of silk has barely surrounded them before they had fallen together, ducking into an even more darkened corner to hungrily devour each other.

With each kiss, their passion energised Elena’s web and increased the potency of her influence. The werewolf was standing taller, the mouse leaning closer and smiling up at him. But this was boring! Intent on adding drama, Elena whipped her thread around the lines between them and pulled it back to connect in a muscle bound Thor wannabe. Thor had been watching the mouse since he’d arrived but apparently hadn’t wanted to interrupt. As soon as he’d become part of Elena’s web, however, he forgot his hesitation and wandered up to introduce himself. Reinforcing this budding love triangle with additional supports, Elena delighted as the three of them began exchanging loaded glances. It wasn’t clear yet if this would end in a fight or a fuck, but there was no doubt of the passion rippling around the web. Was the werewolf challenged or excited by this new arrival? Would the mouse chose one or both?

Elena knew that this was an encounter that Cupid would later criticise her for engineering. When her actions made people act as perhaps they wouldn’t otherwise, why risk anger and violence? They frequently clashed when discussing how their influence violates free will or ideas of consent. Could these mere mortals ever resist their intervention? Cupid argued that sexual need was too transient and its power lay in that exact moment. When blinded by passion, who would stop? Elena shrugged, constantly reminding him that her webs were no more permanent than those spider webs that are covered with dew at dawn and just as easily brushed aside the next day. She only provided the spark, the idea, or perhaps the confidence. Cupid, however, fired actual arrows that created actual wounds! How dare he compare her fun to the scars he inflicted? Love is irrational, love is painful. Yes, when it works, love is wonderful and effervescent and warming, but they both knew of the battlefields littered with unrequited casualties of Cupid’s hunches. Elena knew which she preferred.

By now, the bar glittered with shimmering wires. The deep pounding of the music beat a rhythm that was mirrored in the sway of the crowd as they thrust against each other in a sweaty approximation of dance. Hands gripped flesh, lips crushed on necks, fingers tangled in hair; the lustful energy was building to a fever pitch as more and more were drawn in. Overwhelmed, some stepped back, sweeping themselves clear of the unseen but unmistakable threads, and breathed in fresh air as their mind cleared of Elena’s spell. Others became more and more entangled, strands wrapped around their bodies and limbs until their skin was on fire, linking them to each other with almost uncontrollable passion.

And the light was still brightest around the core, around Elena’s main project. Feeding off the rest of the web, each touch between Thor, the mouse and the werewolf strengthened their connections and added more silk to their bonds. There was no untangling them now.

With her confidence bolstered by Elena’s magic, the mouse took both her admirers by the hand and lead them deeper into the room. Creating opportunity as well as desire, Elena formed an empty booth for them that was hidden from sight and gave the emboldened puppets of her scheming the privacy that they all ached for.

Once alone, they shed their final inhibitions as quickly as they shed their costumes. Bodies pressed together, hands and lips and fingers and tongues exploring and teasing until the air was thick and their moans were almost audible above the throbbing dance music.

And all the while, Elena sat above the scene, taking it all in and basking in the glory of the spiderweb laid out beneath her. Oh yes, Halloween was her favourite time of year. Sometimes it was just too easy…