‘I thought the most beautiful thing in the world must be shadow.’
– Sylvia Plath, The Bell Jar

The orange glow of the sunset was pouring through the big window, projecting a bright square onto the wall above them. A supposedly quick post-lunch fuck had become a long and lazy afternoon nap, and now twilight had caught up with them. It had been a great day!

He swung his legs over the edge of the bed and started to get up when she stopped him. Looking back over his shoulder, she scratched her hand through his hair, lifting it between her fingers and worsening the tangle that their nap had produced.

‘Look at your shadow, it’s amazing!’

The sun was low enough that the light was streaming straight through the window and it was projecting his outline onto the wall behind him. The flyaway strands of his hair stood up from the crisp, clean edges of his silhouette and moved as he shook his head.

Scrambling up onto the bedclothes, she kneeled up herself and turned until her shadow was a perfect profile on the wall. The soft, warm light flattered her curves and she shifted backwards and forwards, allowing the smooth silhouette to shift and change; her waist narrowed from one angle, her arse emphasised from another. Stretching her arms up above her head, she arched her back, pushing out her breasts and marvelling at the curvaceous line that her body had created. 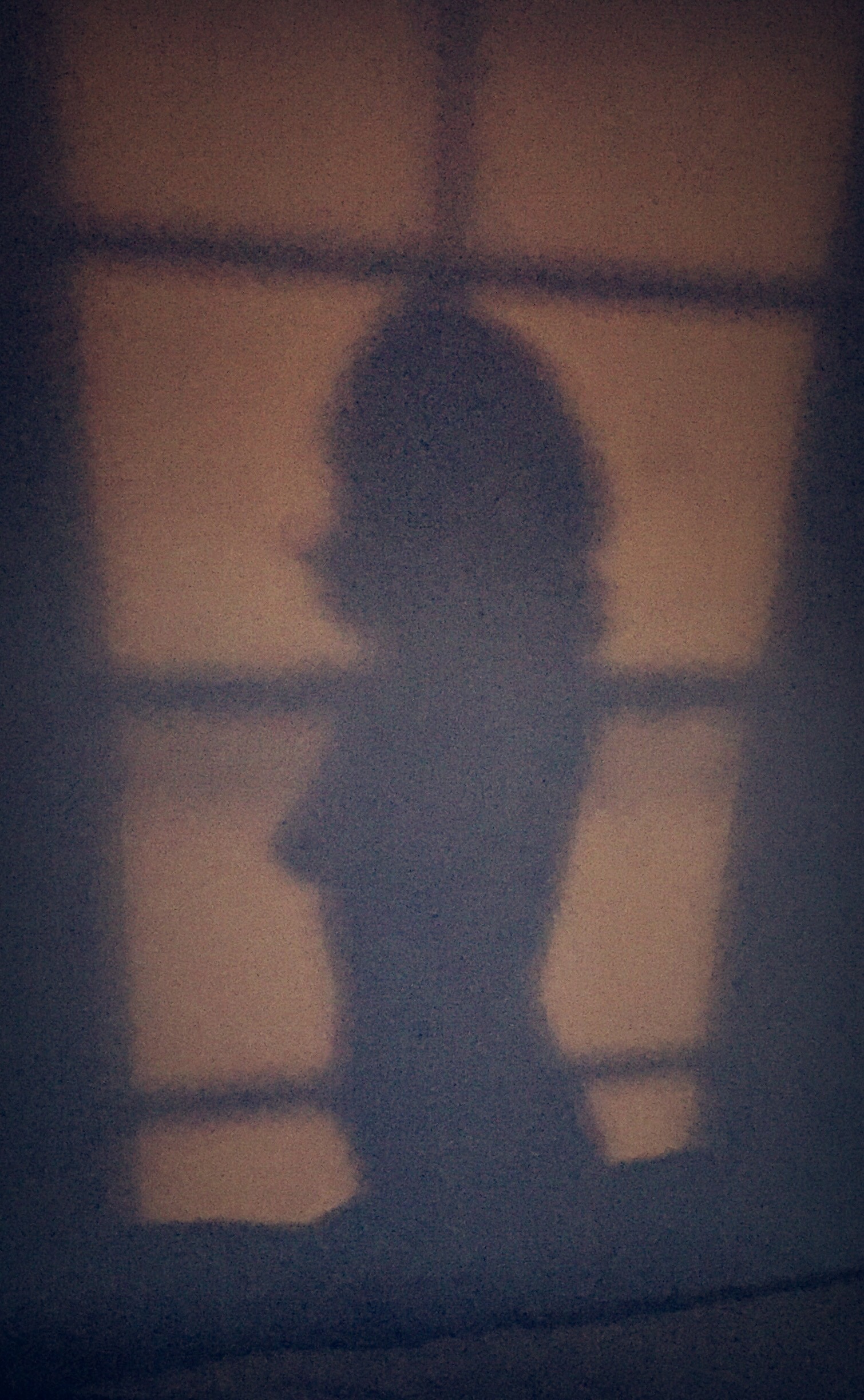 From his side of the bed, he too lifted his arm and, aligning his shadow with hers, gently patted her on the image of her head. She tossed her head, her shadow appearing to squirm like a puppy being petted, and she could almost feeling the pressure of his hand on her and feel his fingers in her hair.

She turned towards him, her shadow in profile once more. Moving slowly and with deliberate care, he reached out until the back of his fingers appeared to stroke across the curve of her belly. The distance between them made his hands larger than in reality and, with a gentle pinching motion, he was able to take the whole of her shadow breast between his first finger and thumb. She gasped as a very real shiver ran through her and her nipples hardened under the illusionary grip of his fingers. He had not actually touched her but her body was responding as if his hands were everywhere.

She rose to kneel upright, turning her back to the window and widening her knees. With her left hand gripping a handful of hair to recreate some sort of wanton stereotype in black and gold on her bedroom wall, she slid her hand across her cunt. Although the slippery action of her fingers made her shudder, she was disappointed with how unexciting her shadow looked as she wanked. Even shaking her hair or bending into unnaturally exaggerated positions, she never looked as good as she felt – there were fine details lost in the block colour of the shadow.

This became particularly evident when she looked at him. He had now also kneeled up on the edge of the bed and, fuck, he looked magnificent! His fingers were curled around his cock and the elongating effect of the shadow made him look absolutely enormous. His hand pumping up and down this magnified length was the hottest thing she had ever seen. She crouched in front of his outline, pantomiming an open mouth. Now this worked as a silhouette! With his hands carrying out the simulated action of her mouth, his shadow fucked her throat, penetrating deeply into the darkness.

Sadly, the sun continued to set and the rich glow of the sunlight faded into darkness. They had to edge closer and closer together to maintain the illusion on their bedroom wall until their bodies finally touched and they fell into each other…

Thank you Exhibit A for letting me use his photo for this too! Click on his image to see his Sinful Sunday post that featured it…