‘I never do anything by halves, and am half hearted in no cause that I embrace.’
– Cecil B. DeMille

If this medicine thing doesn’t work out, my dream backup career is to own an independent cinema. I could show old films that I love and new films that are too good to miss; there would be sofas and comfy chairs; I could sell cakes as well as popcorn; I could stock an impressive bar and learn to make cocktails to compliment the tone of the movie…I’ve thought a lot about this!

Because cinemas are magical – they are a window into another world, another experience, another life. I love the cinema, I would go every day if I could. I love sitting so comfortably in the warm and dark, and getting lost in whatever I am watching.

But I love the cinema for other reasons than just the escapism. I love sitting so comfortably in the warm and dark, and slipping a hand into my knickers. I love being slowly pushed to a secret orgasm, rubbing against my clit and between my slick folds. It doesn’t really matter how full or empty the cinema is, no one is watching me – they’re all focused on the screen ahead. I don’t even need to be that quiet!

These illicit cinema experiences have coloured my opinions of a number of films. Seeing Spectre was pretty fantastic, but was that because I wore a ball dress and drank martinis, or was it because he finger-fucked me in the middle of the packed cinema when it got a bit boring in the second half? And I have seen plenty of films that still make me smile more than perhaps they deserve because of what I was doing when I saw them.

It’s not the films themselves that turn me on; I don’t get off on the films I would see in the cinema anyway. It’s the illusion of exhibitionism while protected by the darkness, it’s the thrill of risk combined with the safety of anonymity. It’s hot. Fuck, it’s hot. 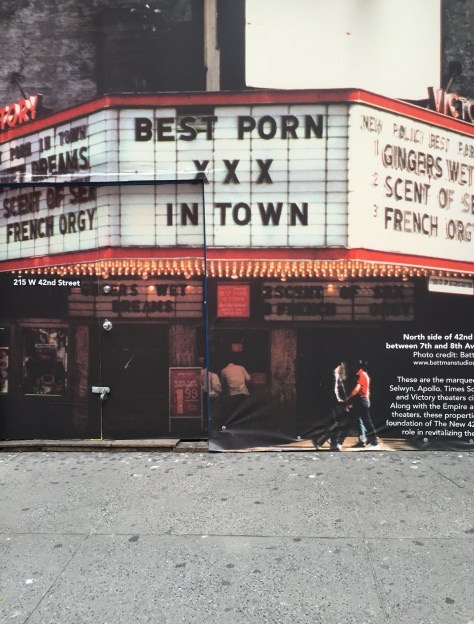 The cinema wasn’t empty. It may have been lunchtime but Sophia wasn’t the only person escaping the reality of the day by hiding in this darkness. From her seat near the back, she could see the heads of a couple a few rows ahead, leaning in towards each other in companionship. There was a man watching alone to her left who had slumped so far into his chair that she couldn’t see him, but an occasional guffaw of laughter revealed his presence. The others didn’t draw her attention once she had noted their location. Luckily, they had all gravitated to seats near the aisles, so Sophia had her pick amongst the dark.

She loved this cinema; it was built in an old theatre and heavy silk drapes still hung around the screen. Elegant but dusty plaster mouldings crowded the bright exit signs and lights, creating a sense of timelessness. Only the layers of grime smothering the surfaces gave away how long it has been since this building’s heyday. She was constantly amused by the juxtaposition of her favourite explosive action films with these delicate features, but it created a particular sort of magic that she loved.

Oh, but this cinema was also special for other reasons.

The film was more than half way through when he appeared. It was supposed to be pretty good, but she wasn’t really watching it. Twitching with impatience, her eyes kept flicking to the doorway until she noticed his tall figure stalking along the aisle, peering down the rows. Spotting her, he edged closer, shuffling along between the seats.

They didn’t speak, but they had done this so many times before that the dull thud of his weight dropping into the neighbouring chair was enough to make her body clench in delight. He didn’t turn or even acknowledge her presence. If it weren’t for him deliberately choosing the seat next to her in an essentially empty cinema, they may have been strangers.

Except that he knew her too well for that. He knew that her underwear would already be safely in her bag and when he touched her, his fingers sliding into her would make her tremble and moan. He knew that she was waiting for him to touch her, anticipation pooling between her thighs. She flexed her hips, wiggling so that her skirt rode higher and knees fell wider.

Finally, casually, teasingly, he reached across to her; his hand gliding up her thigh, fingertips stroking through her wetness. His light touches almost drove her crazy with frustration and she moaned for the firmer pressures that sent jolts under her skin. Soon, the crashes on the screen were needed to mask the sounds that poured out of her as she arched in her chair, lost in the sensations that he had drawn from her until she was panting and spent; all while the action continued to flash in front of them.

Standing up to leave again, he lightly kissed the top of her head.

‘Can’t wait until next time…’

Check out the other fiction flashes by pressing the button below… 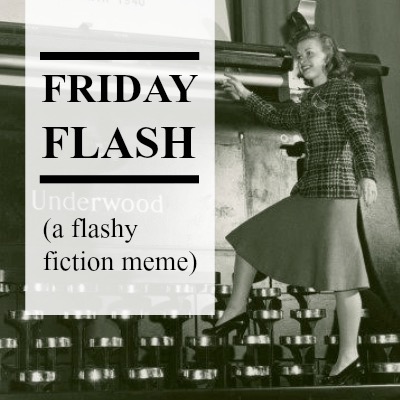